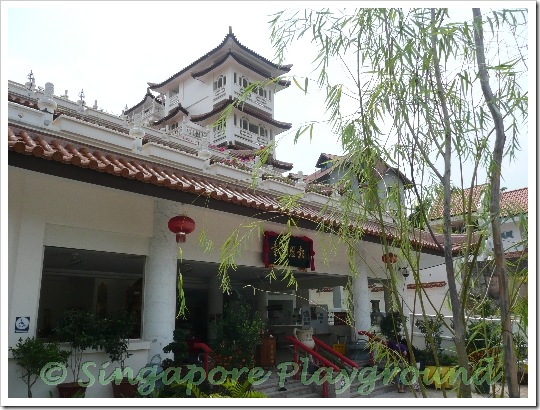 Poh Ern Shih (Temple of Thanksgiving) is a relatively less popular Buddhist temple in Singapore partly because it is new and partly it is located at a relatively “remote” part of Singapore.   Even lesser known to most Singaporean, is the fact that the traditional temple is actually high-tech, eco-friendly embracing the green movement with various renewable energy features and it is also elderly-friendly !!! 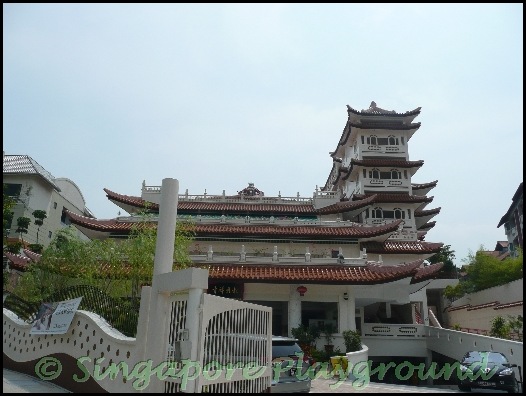 Poh Ern Shih is located on a small hilltop at Chwee Chian Road and off Pasir Panjang Road.   It was built as a memorial for those sacrifice of the Allied and Japanese soldiers as well as the innocent villagers who perished during the Battle of Pasir Panjang during World War II in 1942.  Its first abbot,  an American Theravadin monk, was the first Westerner to be the abbot of a Buddhist temple in Singapore.

In 2003, the old temple was demolished and rebuild to meet its expansion needs, with its office wing completed in April 2007 under its first phase of completion. The second phase of the temple was completed in late 2008, featuring a new Main Ksitigarbha Prayer Hall as well as a Guanyin Meditation Hall with lapis lazuli statues and a 7-storey stupa. 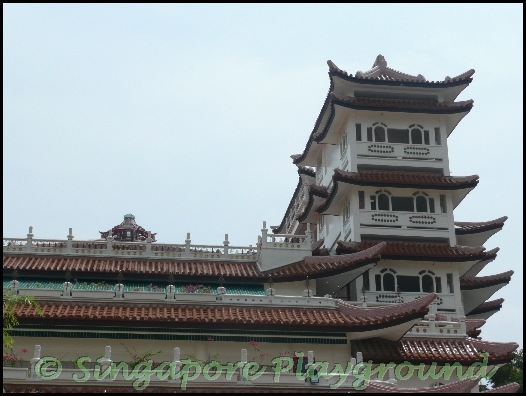 When I look from the outside, Poh Ern Shih just appears to me as a traditionally palatial temple. It is grand and white, with yellow crystalline globes illuminating its white washed parapets and stairways. However internally, it is designed with high tech eco-friendly fixtures.

The temple takes advantage of Singapore’s abundant sunlight by having three different kinds of solar energy cells on its rooftop. The solar panels help to heat their water and power their lights. The architects have also taken advantage of the temple’s windy location, putting wind turbines in place to generate electricity. 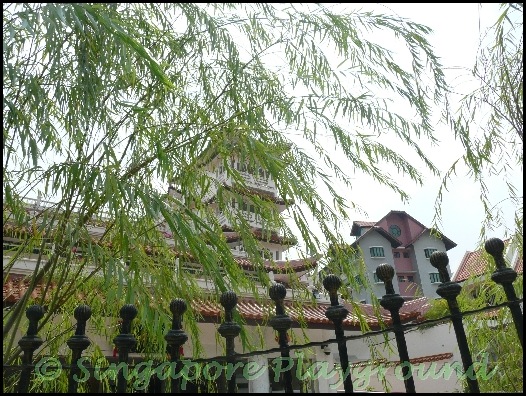 More impressively, rainwater collected from the roof is used to irrigate the temple grounds.  The rainwater also pass through hydro-electric generators and purifiers to create sustainable energy and potable water. The electricity generated are used for charging the batteries of in-house motorized wheelchairs.

In line with the aim to make use of renewable resources, the furniture in Poh Ern Shih for its resident monastics is made from bamboo which is considered to one of the most ecologically friendly materials. 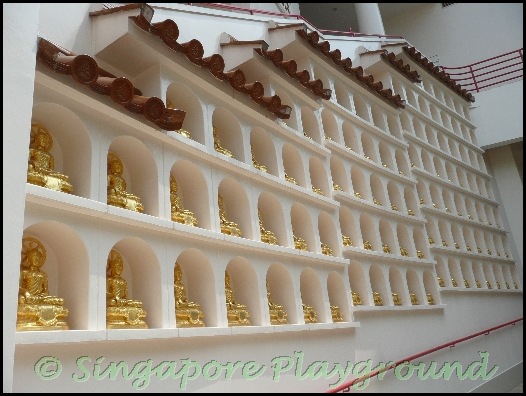 What I like most about this temple is the tranquility of its surrounding and its Wall of the Golden Buddhas.   When you walk into the temple, walk up the uphill slope and you could see many Golden Buddhas lined on the wall of the slope which is very impressive and something you should see if you visit this temple.  If you are lucky and visit it at night, you may see different colors lighting up the 7-storey stupa beautifully on certain nights. 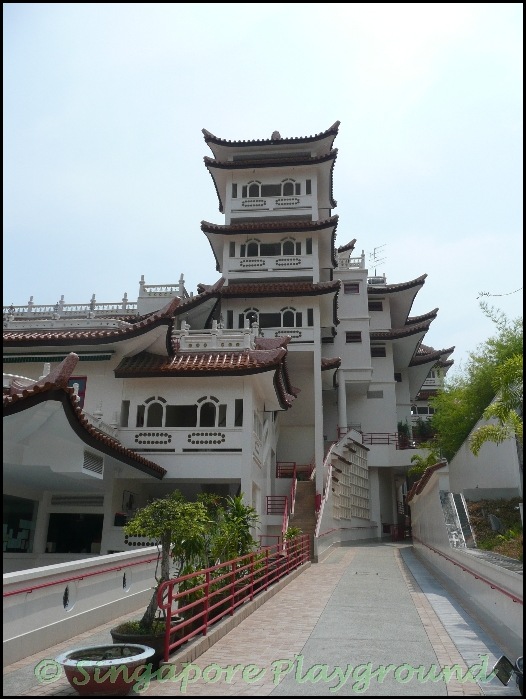 How To Get There?

Currently, the nearest MRT station (CC29) is Harbour Front.  From the MRT, go to the bus stop and take a bus to the temple.

After getting out of the Harbour Front MRT, proceed to the bus stop outside and along the VivoCity,  take bus 30, 10 and 143.  If you are boarding from other places,  other bus available are: 51, 176, 188 and 175.  Alight after PSA Wharves G3 which is around 8-9 stops away from VivoCity.  Cross over the road and walk up the Chwee Chian Road towards the temple which is around 200m away.

If you drive along Pasir Panjang Road towards the direction of VivoCity, look out for the tourist signboard of the temple.  Drive up Chwee Chian Road  and park along the road outside the temple which has limited parking lots.

From what I find out from their website, there are Transport Provide On Every Sunday at the following location:

*(The bus will not wait for passengers, please try to get to these pick-up points before the timing stated above)

Available in the temple