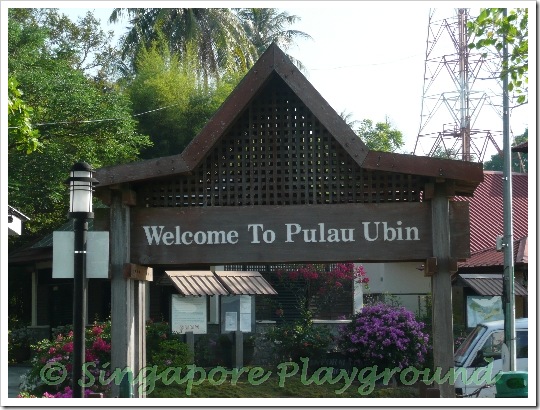 I have some visitors who asked me where to recommended them when they are in Singapore and wanted to go to a place which has all the followings:

Something different and unique from the rest of Singapore

Close to nature and wildlife

A quick getaway for 1 day or a few hours

Away from city life

I would usually and gladly suggest Pulau Ubin which have so far not disappoint them.   For Singapore residents especially with kids who wanted to bring their family out for a quick getaway or an educational ecosystem tour or outdoor activities during the school holidays, this is definitely a great place to consider.

Pulau Ubin (乌敏岛) is the only island outside Singapore mainland that is inhabited with Singaporeans beside the recently developed Sentosa Cove.  It had managed to retain many of the old images of how Singapore looks like in the 1800s and even the ways of living are very basic and dated.   Pulau Ubin has many natural resources, natural sceneries and wildlife that are not found anywhere else in the mainland Singapore. These are the main reasons of its uniqueness and charms that draw tourists and Singaporeans alike to the island. 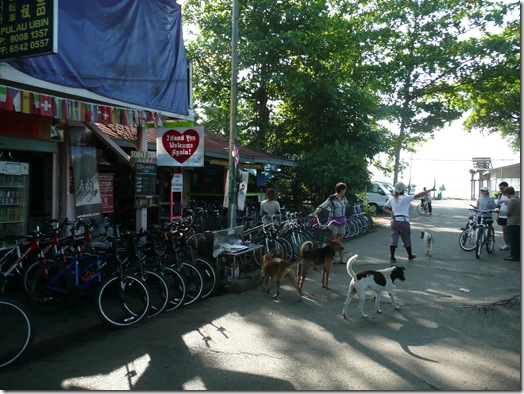 The last time I visited the Island was more than 10 years ago and I am surprised that it had not changed much and managed to resist the many urban development including its main town area.    Although there are some new development especially for the tourism and preserving of wildlife such as the Chek Jawa area, the island retains its old charm of a quiet Kampong Village life. 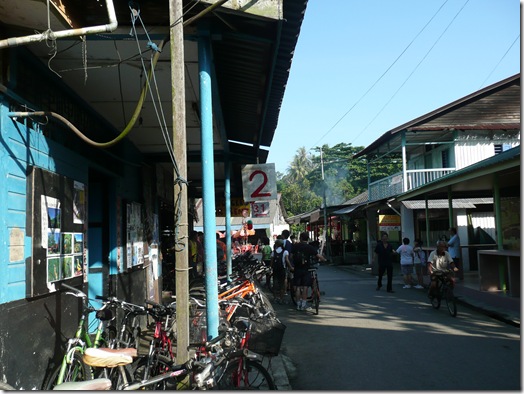 When you first set foot on Pulau Ubin, you will notice that you are immediately been transported back in time as far as 40-50 years of how most part of Singapore looks like.  It is a different world from the modern mainland Singapore.  You could not find any of such Kampong life in Singapore anymore with the exception of one which is tearing down soon! 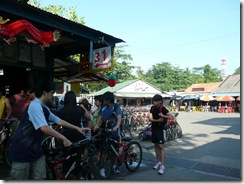 This is the Island’s village square where most of the businesses take place.  Notice the house structure which is quite basic, dated and only could be found in abundance in this part of Singapore. 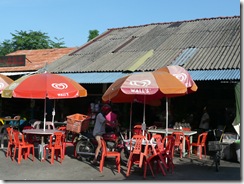 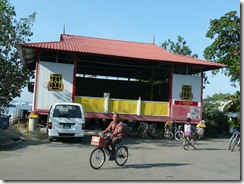 The old opera stage which has been around in the centre of the village square for decades.  Villagers used to and still watch Chinese opera here during religious festivals such as the Hungry Ghost Festival.  It has great significance to the people of Ubin. 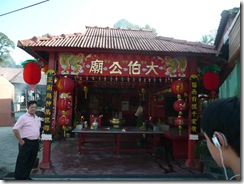 The once famous temple 大伯公 temple is still standing strong.

The population of the island has been diminishing as most have moved to the mainland Singapore.  Currently, there are less than a hundred villagers left and most are of old.  I chatted with the van driver and he told me that there are less than 40 households and the younger generations left for schoolings and work in the mainland.

The name Pulau Ubin literally means “Granite Island” in Malay, which is why you could still see many abandoned granite quarries.  The island is located at northeastern of Singapore and accessible only by boats.  Most part of the nature environment is preserved and it is being developed into a nature park. The island’s highlight is Chek Jawa, a lovely marine sanctuary of rare sea creatures and wildlife.

There are many things you can do in Pulau Ubin.  The popular activities include:

Renting a bicycle to explore the island

Trekking along the Kampong and fruit plantations

Stay over at Chalets

Mountain Biking: It has one of Singapore’s best mountain bike trails, Ketam Mountain Bike Park which was built in 2007.

Drinks.  There are stores in the main town and you could buy them before proceeding to other parts of the island.   Some drink dispensers are also found in more popular tourist attractions.

Cycling can be a challenge and dangerous for novice and children.  Bring and wear helmets for safety. 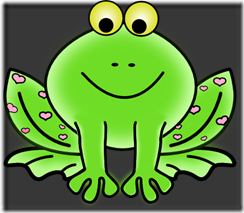 Here is a fun legend about the island which many do not know about.  According to legend, Pulau Ubin was formed by 3 animals from Singapore which are a frog, a pig and an elephant.  One day, they challenged each other to a race to reach the shores of Johor.  The animals that lose would turn to stone. As you guess it correctly, all three animals were unable to reach the shores of Johor due to the many difficulties they encountered. The elephant and pig together turned into Pulau Ubin whilst the frog became the Frog Island (Pulau Sekudu). 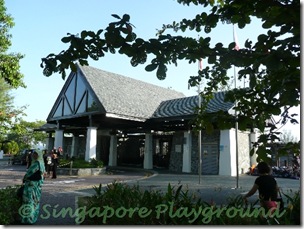 Pulau Ubin is accessible by bumboats only from Changi Point Ferry Terminal, near the Changi Village.  The bumboats start operating as early as 6.00am and ends at 8.00pm. 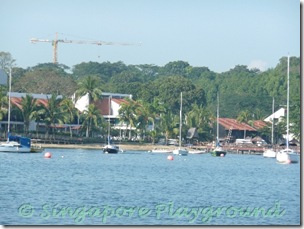 The ride is quite enjoyable with beautiful views when leaving the Changi beaches.   It only  takes about 10 minutes and costs $2.50 per pax for a single trip.  There are no fixed departures timings to and from Ubin, as  the bumboats set off only when there are a total of 12 passengers. 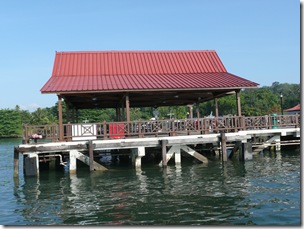 Upon arriving the Jetty, there is no immigration needed as this is still part of Singapore.  It is from the same Jetty that you depart back to Singapore.

See the article about and how to get to the Changi Point Ferry Terminal.

Getting Around in Pulau Ubin

You can either choose to walk, cycle or by van. 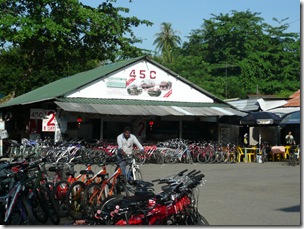 Hiring bicycles to get around the island is the favorite among visitors as it takes you close to where you want to go easily and you could stop by anytime you find an interesting place.  Bicycles are available for hire at the village near the jetty and they are plentiful with most shops doing the same rental business.  Rates varies accordingly, depending on the bicycle type.

For families with younger kids, you may want to hire a van for to a destination. For example, a trip to Chek Jawa cost us $15 for the whole van which can take up to 7-8 person. Do take note to negotiate rates in advance with the driver.

For the more adventurous, you may want to walk and explore different parts of the island.