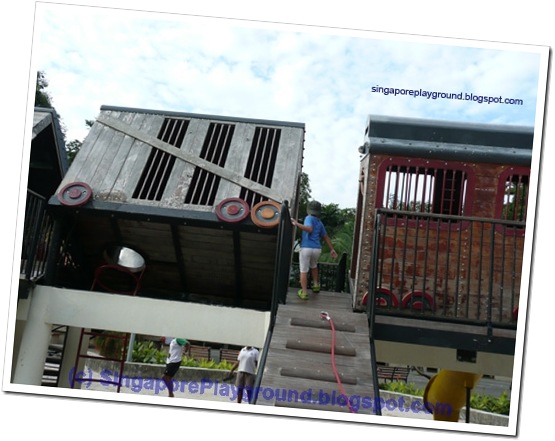 Tiong Bahru Park and Playground provides a good playground which meets most of the recreational needs your family members.  It  has 3.9-hectare and has a livelier atmosphere after its facelift.   You could see many children playing in the playground and people jogging in the parks during early morning and late evening. 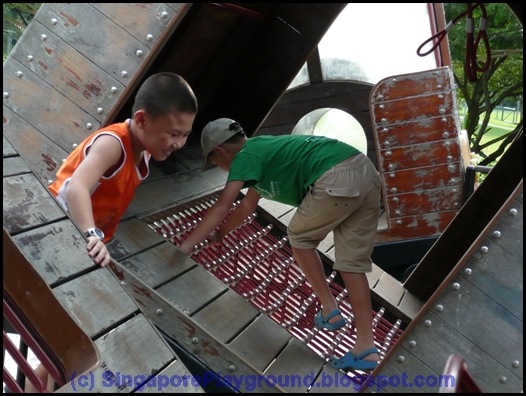 The iconic tilting train in the adventure playground will provide park is of better shade, more greenery and cool for visitors. They can also have their exercises and workouts and foot reflexology here.

The park is littered with mostly Palm trees which only adds a visual appeal and the older and more shady Rain trees still preserved within the park. There are also quite a handful of shelters distributed evenly around the park in the even of a downpour.

Tiong Bahru Park is a public park between Henderson, Bulit Merah and Lower Delta Road in Singapore. First developed around 1967, it combines with a nursery site in 1977 and in 2000, it was redeveloped to give it an image which suited the theme of ‘Old frame, New images.’

Tiong Bahru Park had been around for a long time even with it’s previous face-lift and the introduction of Gan Eng Seng Secondary next door, taking a large chunk of it’s old land area and introducing a dedicated soccer field. The place started off as left over land from a sewage plant only to converted into a dedicated park a long time back. 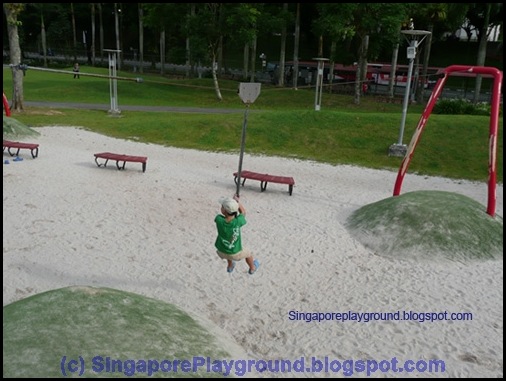 Besides catering to families and children with a large playing field and commendably well built playground, the elderly also have their own fair share of facilities such as ample sitting benches and foot massage stone walkers, not to mention wheelchair accessible toilets as well.