The latest and the MOST anticipated attraction in Singapore was officially opened this morning to the public at 8.28 am on 18 March 2010.   Universal Studios Singapore is the first Universal Studios theme park in Southeast Asia.  It opens just in time to cater eager parents living in Singapore during the March Singapore School holidays. Now there is another option to bring their kids and family to.   This morning, hundreds of visitors including foreign visitors lined up to be among the first into the 20-hectare themed park.

Personally, this is something I have been waiting for a long time ago.  No longer needed to travel all the way to US to enjoy the themed park. Very fortunate indeed 😉

Universal Studios Singapore is one of the world’s most extensive and expensive tourism projects – the US$4.4 billion Resorts World Sentosa.

The Park will bring to life the best movie-themed attractions packed within seven zones:

There are some new attractions that are not found elsewhere in the world.   See the sneak previews of what it has.

Other Universal Studio in the world are located in Hollywood, California, Orlando, Florida and Osaka.  Universal Studios Singapore will feature 24 rides and attractions, 18 of them original or adapted for Singapore.  One of the most thrilling ride should be the pair of the world’s tallest dueling coasters, are you dare to ride it?

Watch the video on the world’s tallest dueling roller coasters. 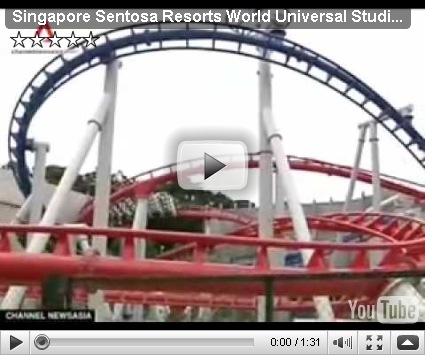 Universal Studios Singapore will be its own unique experience and family destination with many new rides, shows and themes that can’t be found at other Universal Studios parks around the world.

See the video on the test ride on the Jurassic Park Rapids Adventure: 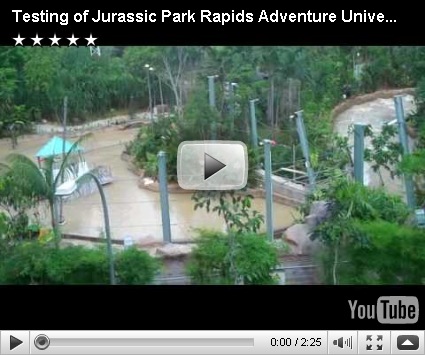 Now there are more reasons to visit Singapore.   Do not forget to plan a day or two for the Universal studio in Singapore when you visit it.   I will write more about the details of the Park once I have visited it.

Are you among the first to visit?  Let me know if you have visited it and leave a comments.